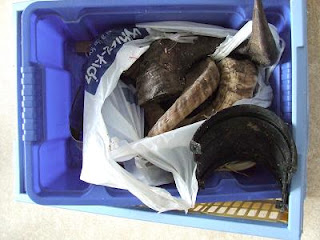 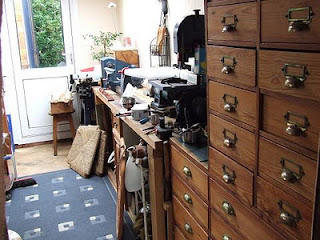 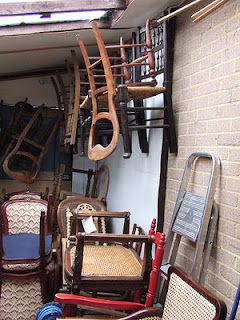 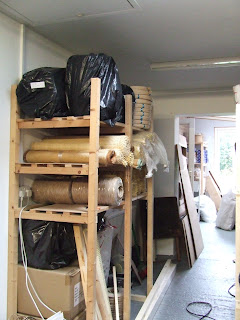 A toad and communication problems! 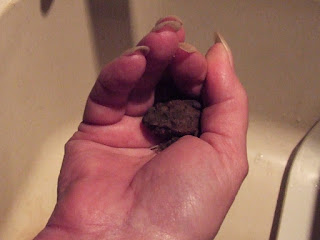 A baby waif and stray I found last night making his way onto the road. Well not to worry now, he's safe living under the autumn leaves next to the pond in our back garden. He looks a bit too young to survive the winter, but I hope he does. He can be our slug muncher in the spring!

Back to today, sorry to everyone who is currently waiting for a quotation for overseas deliveries. Royal Mail's website is broken - it's impossible to get any quotes at all!! I think they have tried to update the whole site and it has failed catastrophically. According to their Twitter account they apparently have no idea when it will be fixed....some of the tweets make very interesting reading. I felt particularly sorry for one company who have been waiting for three days to access their postage account online and were finally recommended to take their post to the local post office, all 40+ parcels! Can you imagine? If you want my advice avoid the post office for the moment, you might bump into some very annoyed people and wait an incredibly long time for service.......
Posted by Kim No comments: 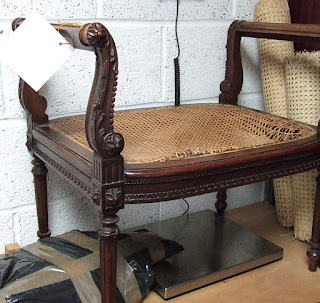 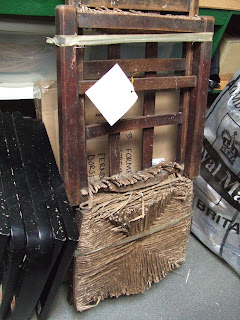 These are the remains of an oak dining chair! Again it was the story behind the chair that was interesting. It is one of a set and unfortunately when the owner moved from the US to England, this one chair arrived in pieces from the shippers - that was 30 years ago. Goodness only knows what happened to it in transit, all four stretchers are missing and all but one of the seat rails are broken. It will take us some time to make the missing pieces, but it will be worth it - at least the dining set will be complete again.
Posted by Kim No comments:

The set of eight Wegner Wishbones are nearly finished. Here they are so far, six are completely finished, number seven is cleaned waiting to be finished and number eight is still exactly as it was when it arrived with us.

Hopefully all will be finished by the middle of next week.
Another job finished last week - the wrapping of these two pot handles. 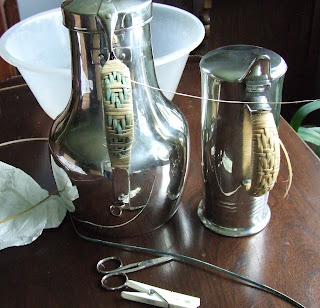 The customer sent us the remains of the wrapping from the left hand handle to copy, the detail weaving was originally stained blue, so some of the new cane had to be dyed. Something a bit out of the ordinary and two very pretty pots.
Posted by Kim No comments: 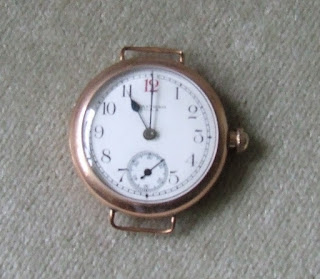 This watch belonged to Eric, he was 18 when he signed up to fight in the first world war. He was a non-commissioned officer and following initial training his first posting was to the Somme where he fought in the trenches and yes, he "went over the top". I guess you could say at this point that he was "one of the lucky ones" because he was injured and shell shocked badly enough to be returned home for convalescence. His sister Irene nursed him like a mother, encouraged him to express his depression, fear and anger through art - he did some truly moving paintings of fields, churches and the aberration of war.

After just a few short months he was assessed and proclaimed fit to return to the battlefield. Irene was devastated, she begged the authorities to reconsider, she told them that he may be physically fit, but mentally he was scarred for life, not capable of fighting. Her protests were disregarded.

Eric was sent back to Europe, this time to Belgium - Ypres. Yes the muddy killing fields of Ypres. He died from an exploding bullet to the thigh, he was just 21 years old.

Irene kept the letters that she had written to his commanding officer and the replies. She had asked about the manner of his death, did he suffer, what were his last words? The commanding officers replies were beautifully hand written in pencil on spiral bound notepaper - there were no last words of comfort for Irene.

When Irene died aged 89 all of these keepsakes were found carefully wrapped and bound in ribbon alongside a tiny pair of leather gloves that she had made for her only son who had died aged 60 just six months before she did.

Irene was my Grandmother, Eric was her only brother - she gave us this watch before she died so that we would never forget.
Posted by Kim 1 comment:

It's lovely to have visitors and be a tourist in your own area for a few days. I can't remember the last time we visited Swanage to just wander around, look at shops and eat fish and chips, but that was what we did last Saturday and it was bliss, even the weather was good.

However, there's always seems to be a price to pay for any fun, so this week we're trying to catch up. Nothing exciting, just more of the same but it is hard work. The Wegner wishbones are getting done one by one, half a seat a day, that's quite enough effort I can tell you! It's proper aerobic exercise without the need for any rowing or running machines.

In between there's more cane panelling to do, some to be tinted and others left "au naturel". 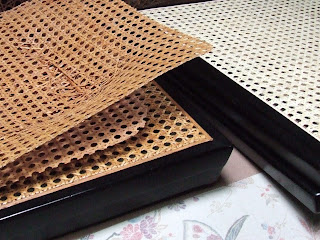 There was also quite a bit of restoration woodworking that had been put off for too long, so yesterday I decided to get on with it with a vengeance. First there was a lovely arts and crafts chair that needed a new front seat rail and stretcher, both had broken. So we found an old seat rail in our "butchered wood" store and made a new front stretcher out of an old piece of beech. The stretcher had to be beaten up a bit and coloured to make it match in with the rest of the frame - this is the result. 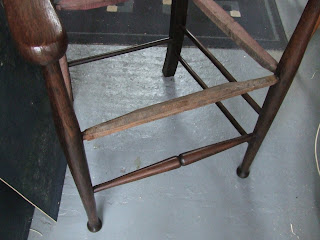 Just need to put a new seat on it now. The other woodworking job was to make a new front rail for a drop in seat pad that had moreorless disintegrated. 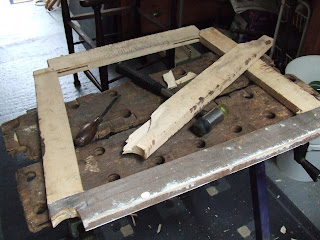 This is one of a set of three, luckily the other frames are fine. So now we can re-rush this lot too! All pretty boring stuff, I'm still waiting for some spare time to go back to working on the papier mache inlaid chair, but it never seems to happen.
Posted by Kim No comments: