How To Restore A Hand Woven Cane Chair Seat 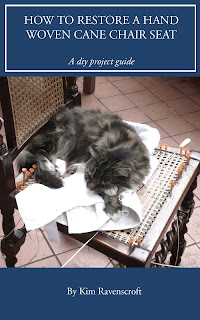 This is one of the main reasons why the blog has been a little bit quiet for the last few months, I've been doing a lot of general sorting out here at FG headquarters and one of the projects I've been itching to do was a makeover of the DIY booklet that we include in all of our Hand Cane Seat Kits. Well here it is - finished!

It had to be done, all of the paperwork and images that have accumulated over the past 20 years were starting to get overwhelming, it's still going to take me a long time to sort them out properly, but at least I've made a start. This is the first DIY instruction booklet makeover, more are in the pipeline already. If you're interested have a look at our Facebook page for more updates.
Posted by Kim No comments:

It's been eight years and a lot of very beautiful and some not quite so beautiful times since we first bought Bernard. It doesn't seem that long....but there you are! Everyone thought we were mad, why on earth would we want to buy a ropey old horse truck and then even worse, spend loads of money and several weeks of spare time we didn't have converting it into an exhibition wagon? Well I can't really answer that, it was just something that we wanted to do.... a bit like ice skating in Central Park, or snorkeling off the Barrier Reef.

I remember the excitement when we first saw him in the stable yard, oooh so tatty but full of hidden promise, it seemed like an age before he finally pulled up in our front drive on the 9th April 2005 and we could start work on the grand project. 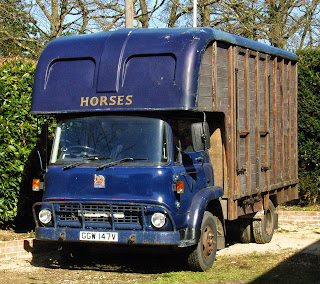 We took him to pieces, literally! 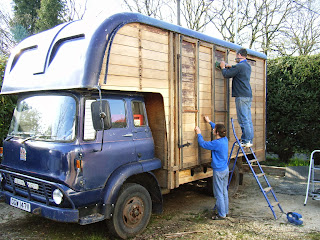 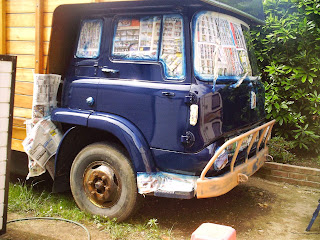 800 hours labour and three months later we had this. 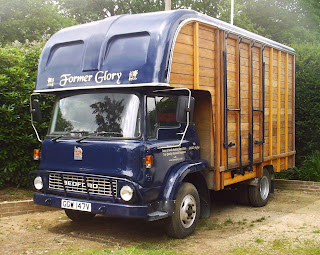 We recycled all sorts of bits and pieces to build the interior living area. 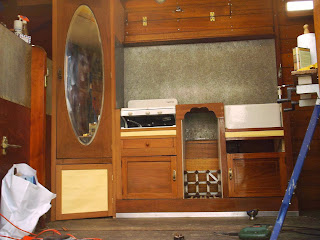 Most of our friends started to understand what we were doing, but it wasn't until recently when "glamping" entered the English language that we started to feel....well, quite normal really! At the shows people would come specially to see the truck, they loved him, still do, but it's time for him to have a new adventure with someone else now.

It has taken us the best part of two years to make the final decision - 800 miles a year isn't enough for this old boy, he needs to do more. So now we're looking for a new home for him next month.

So it was ironic that our final show with Bernard would be at Breamore House, one of our favourite places in the world and also where we started out on the show circuit proper back in the early 90's. Bernard's swan song was magnificent! 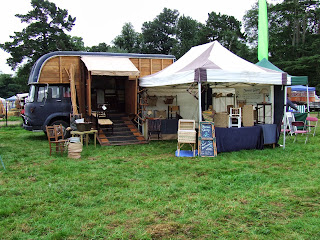 So it's the end of an era for us and hopefully a bright future for Bernard and his new owners. Who knows where he'll end up, but wherever it is, I won't be able to stop myself from watching!
Posted by Kim No comments: