The Asian Rattan Adventure - part one

We arrived back home at 10.30pm last night completely exhausted and at bit jet lagged after the 12 hour flight. I think it will take us at least two or three days to fully recover.

What an adventure we've had, what a wonderful part of the World  south east Asia is and how beautiful the people are - their gentleness, grace and good manners, all presented with a smile - it is so easy to love them all. We started off in Hong Kong "delivering" my aunt into the safe custody of my cousin! Hong Kong is now officially part of China following the end of the UK's 100 year "land lease" in 1997. It is now described as an SAR or Special Administrative Region of China and is home to some 6,000,000 people - it is easy to believe that every single one of them is on the city streets all of the time, it is such an incredibly busy and vibrant place but with hardly any crime. It was warm, up to 26 C and humid "T" shirt weather, very comfortable compared to the UK of late. The harbour is just breathtakingly beautiful with dozens of islands shimmering in the sea mist and the skyscraper buildings defining the boundaries of the coasts edge. Every night at 8pm, these skyscrapers are artistically illuminated in time to music - the show last about 20 minutes, it is a sight to behold... 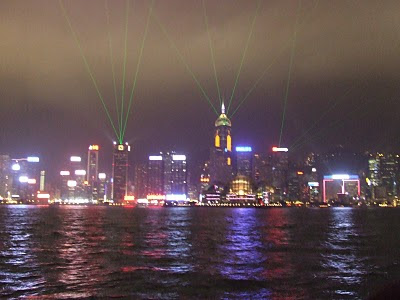 The streets are full of bright colours and would probably be thought of as garish when compared to the European/Western equivalent, full of neon signs and adverts. My cousin summed it up perfectly - it is always daylight in the city, it never goes dark and it never sleeps, we even saw a MacDonalds that was open 24 hours per day. But equally there are peaceful parks right in the centre where in the morning many practice Tai Chi in glorious natural surroundings. 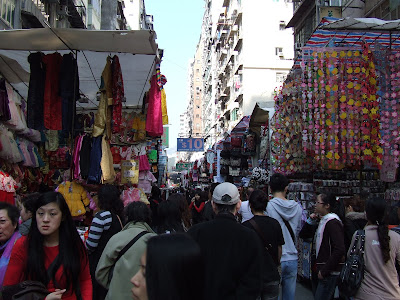 From here we ventured further inland to witness first hand how the rattan vine is turned into the materials used for chair seat weaving and basketry. Loads more details to come yet.....as soon as I can get over the aches and pains from walking so many miles and the interminable jet lag!!

Oh Kim, this is fantastic, will be anxiously awating more posts about your Asia trip!