Getting the weave wrong

We've been sorting things out........never a good plan, but it's surprising what you find. As we're getting ready to have a mass soda blasting session, we have trawled through our bits and pieces to see what will and what won't blast. Lo and behold, we came across this pair of chairs: 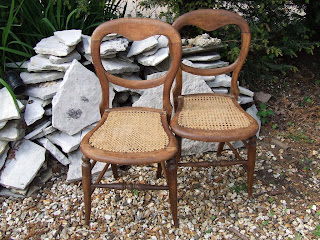 Nothing wrong with them you may say, until you look more closely: 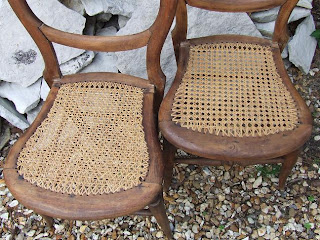 The weaving is all wrong! The seat on the right looks okay, it is a six way weave but when you look closer.... 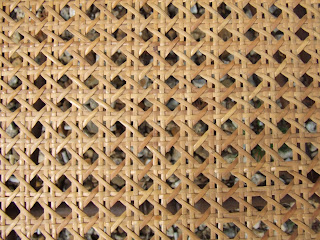 The diagonals have been woven under when they should be over and vice versa which makes the lines wiggly instead of straight and will also lead to the cane cutting against itself when you sit on the seat. And the seat on the left: 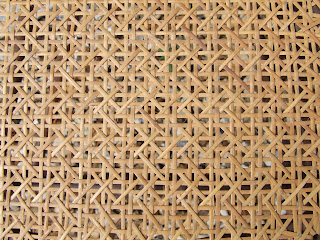 Known as Gypsy weave, named after the travelling weavers who most commonly used it. Still a six way weave, but basically getting it wrong....albeit consistently to form a regular pattern!  Which leads me on to this weeks word and wisdom.

Assonance - resemblance of sounds, partial agreement or correspondence. (or as Julie Walters said in the film "Educating Rita" - "getting the rhyme wrong")

Wisdom of the Week:

"I am easily satisfied with the very best" - Winston Churchill.

Yes, indeed I am!
Posted by Kim